The thousands of fish swimming towards the light of the Wallaroo jetty, experiencing the fiery Spencer Gulf sunsets while feasting on king Prawns, the many whte sandy beaches – all a part of this friendly coastal township. But Wallaroo is also rich with history and many physical reminders can be observed in the area.

The first European to sight the Wallaroo area was Captain Matthew Flinders while engaged in a surveying expedition of the Australian coastline in 1802. Matthew Flinders commented in the “Investigators” log: ‘the immediate coast … which extends several leagues to the north of the point, is low and sandy, but a few miles back it rises to a level land of moderate elevation, and is not ill-clothed with small trees.’ Aboriginals from the local Narangga Tribe knew the area as “Wadla-Waru”.

From Fleece to Copper

Settled in the 1850’s, a lease of 104 square miles was granted to a Mr Robert Miller. This section of the Yorke Peninsula was originally utilised for pastoral purposes. A station was built near Wallaroo Bay and a jetty built for the purposes of loading bales of wool.

In the late 1850’s the station was owned by a former Scottish sea captain, Walter Watson Hughes. He had heard rumours of “green stones” in the area, an indication of the presence of copper. He instructed his workers to inform him if they came across any of these copper bearing stones.

In 1859, James Boor, a shepherd in the employ of Captain Hughes, discovered the copper next to a shearing shed in an area now known as the Wallaroo Mines. Cornish miners were brought in to test the rock. It was then official – Wallaroo was indeed rich in copper.

It wasn’t long before Welsh immigrants set up a smelting works at Port Wallaroo, in fact, many thousands of Cornish miners soon arrived in the Moonta/Wallaroo/Kadina area to turn this once empty land into a thriving industrial town. Three large jetties had to be built in order to service the mines and export its precious bounty. 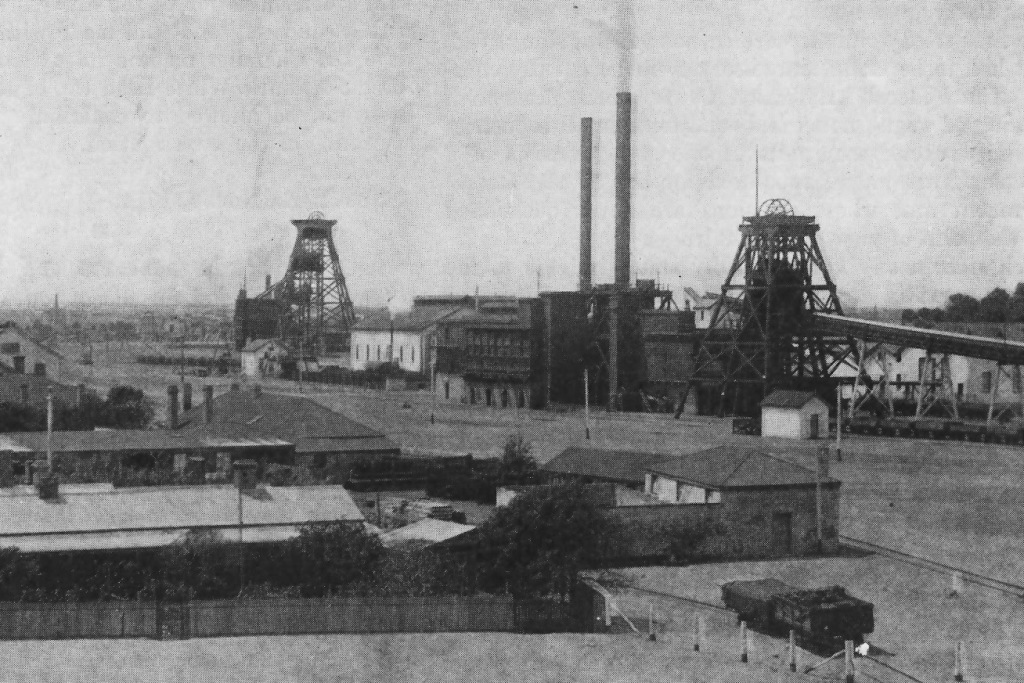 Many relics from the Wallaroo area’s mining history are still with us today – the Wallaroo district is rich in Australian heritage – come and see it for yourself!

The Cornish were known at the time to be the best hard rock miners in the world and able to perform well under severe conditions. Not only did they bring their mining skills to the Yorke Peninsula, but also their Welsh traditions, food, religion and song.

At the time, this region was the largest settled area outside of South Australia’s capital city, Adelaide. The Welsh influence is still very obvious in South Australia today. Many prominent politicians, engineers and managers emerged from the copper pits and much of South Australia’s financial wealth can be traced back to these, what are now, small, peaceful and picturesque towns. The local Cornish Festival held close to Wallaroo, Kernewek Lowender, is an annual event and highlights many aspects of Welsh tradition.

From Copper to Agriculture

The Wallaroo Mining and Smelting Company was the first Australian company to pay out over one million pounds (over US$ 2million) to it’s shareholders. By 1868 the mining operation was producing over 100 tons of coppers. The copper smelters were burning over 1000 tons of coal and employing more than 200 people.

After World War 1, the price of copper crashed, forcing the closure of the copper mines at Wallaroo and Moonta in 1923. The Wallaroo Smelting Works closure followed shortly after. Tough times descended on the general population of The Copper Triangle. Luckily, the agricultural industry of the area provided a number of jobs for local workers – but many left the area. 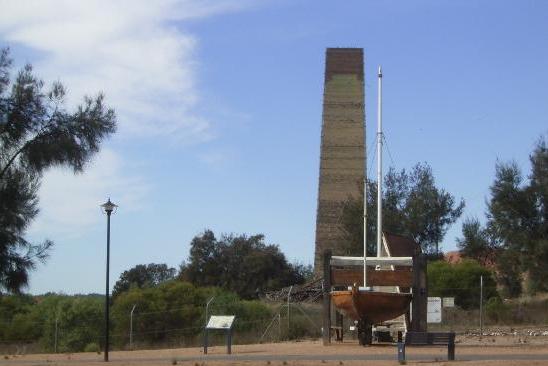 Hugh’s Stack, Wallaroo. A remnant from the mining industry

Wallaroo’s mining and nautical history has left an amazing legacy of dozens of heritage-listed buildings, houses and churches.

Click here to view photos and comments on Wallaroo’s historical buildings and heritage.

From Agriculture to Tourism & Fishing.

Today, grain is exported world wide from Wallaroo’s huge silos and wharf complex. The jetty needs to be seen to be believed! When staying in Wallaroo, you’ll be able to observe huge international merchant freighters loading and unloading. Farming products from all over the world arrive at Wallaro Jetty and are then distributed to farmers throughout the Yorke Peninsula.

Click here for more information and photos of Wallaroo Jetty

Wallaroo also hosts a small fishing fleet which supplies South Australia and the world with wonderful king prawns and other species of fish. Of a night-time, thousands of squid can be seen swimming towards the light of Wallaroo Jetty – and other fish follow them. 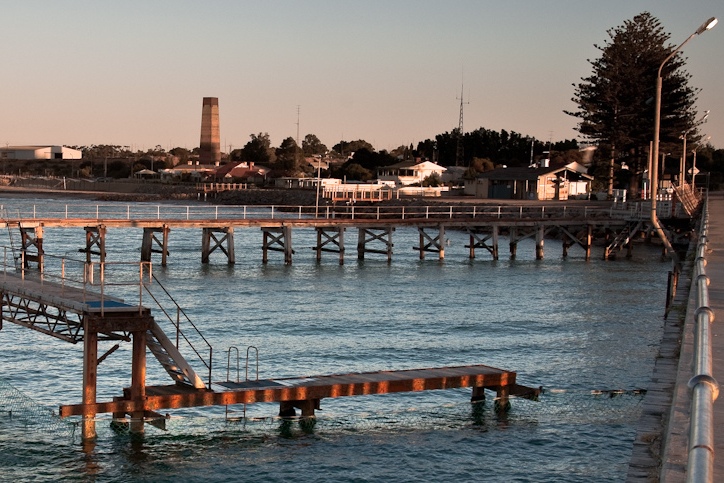 Click here for more information on the great fishing in the Wallaroo area!

A new marina has been established in Wallaroo which will provide yatchsmen, fishermen and pleasure craft owners with a host of high grade facilities. 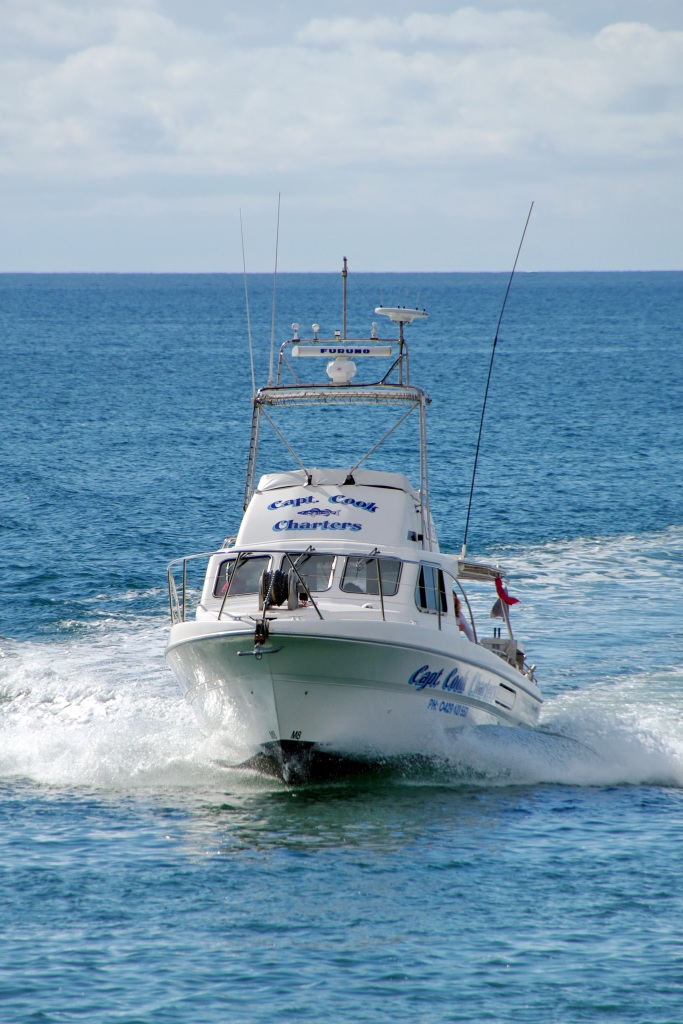 Click here to learn more about the great ocean, jetty and rock fishing around the Wallaroo area

Visit our Wallaroo office for all your tourism brochures, touring tips and advice! Click here