A jetty was constructed at Wallaroo in 1861. It was built to deliver copper to the port from the Wallaroo mine. Not only did the ships take copper from the port but they brought foodstuffs, timber, coal and mining equipment to Wallaroo. 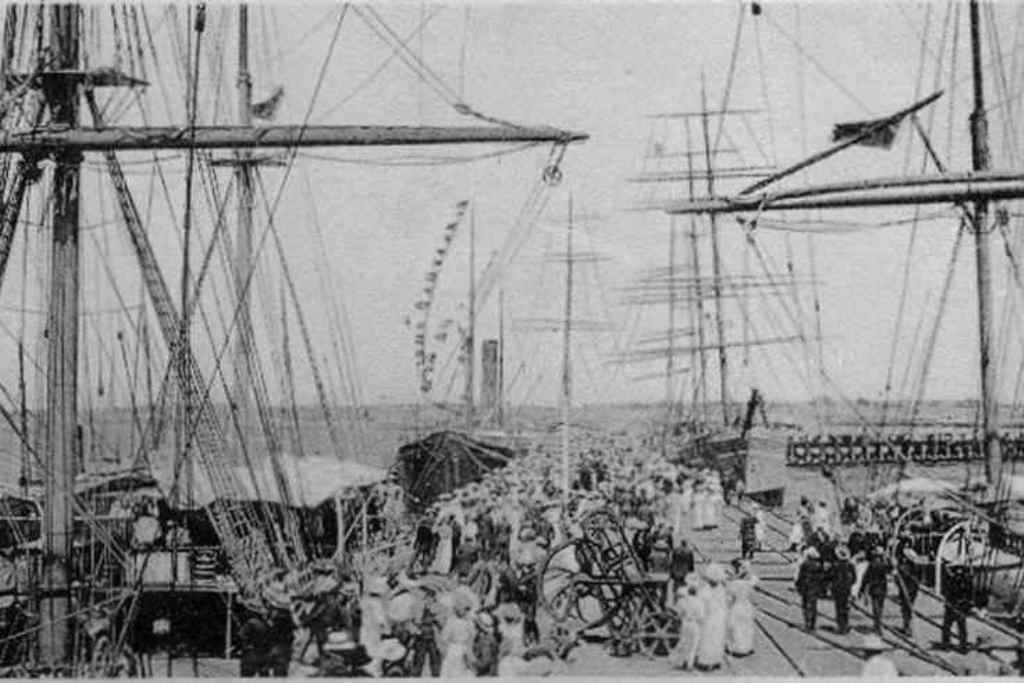 The Wallaroo Jetty of today is it’s third incarnation. It was built to withstand the rigours of the railway line and bulk freighters. The Wallaroo Jetty is an incredible 869 metres long. It became part of the Bulk Handling facility in 1958 and was opened to anglers in 1971.

On the morning of 10 April 2000 the 64 957 tonne, Maltese flag, panamax bulk carrier Amarantos was inbound to the port of Wallaroo at the eastern side of the Spencer Gulf, South Australia. Amarantos collided with Wallaroo Jetty, causing a great amount of damage – but considering the size of the freighter, it was not as bad as it could have been. Wallaroo Jetty has a life force of it’s own! The Amarantos was not the first ship to give Wallaroo Jetty a nudge.

The Wallaroo jetty is also home to thousands of birds, some of which you can see nesting between the plankings of the wharf. 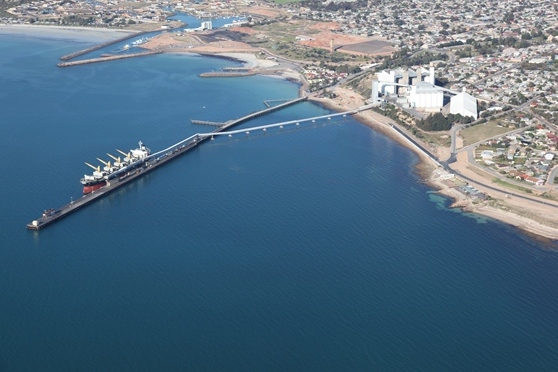 The “pipe” you see suspended above the jetty is the grain conveyor, capable of delivering ships up to 800 tonnes per hour

Interesting facts about the Wallaroo Jetty and wheat loading capabilities: 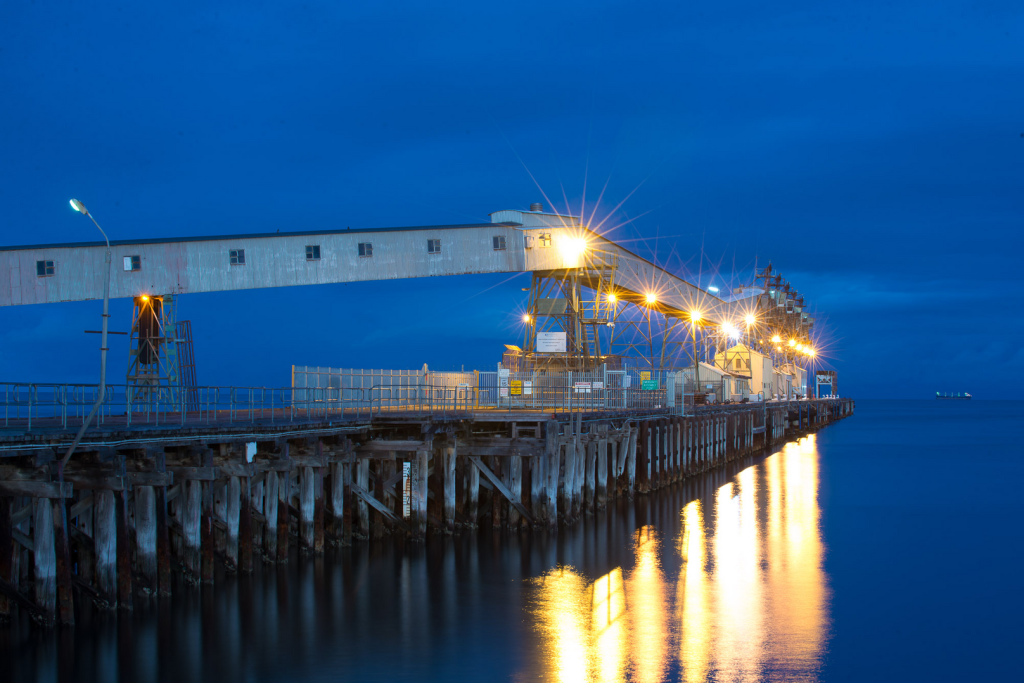 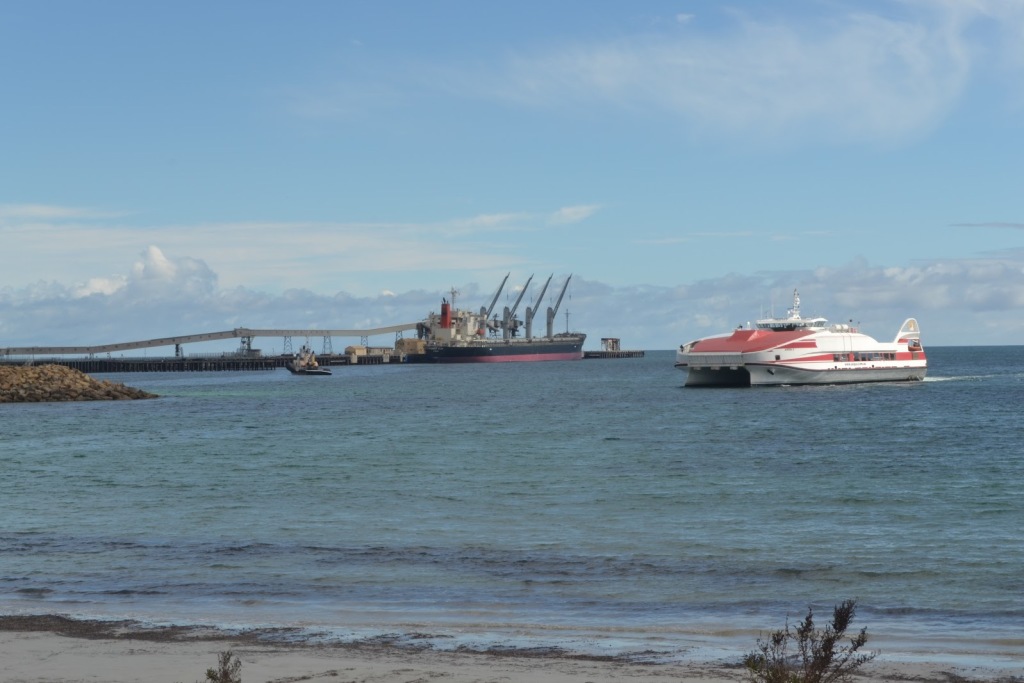 View of the Wallaroo jetty from The Mac’s Beachfront Villas

Wallaroo jetty’s reputation as a top fishing spot is well-deserved. It’s pristine waters and habitat provides a haven for multitudes of fish and crustaceans including: 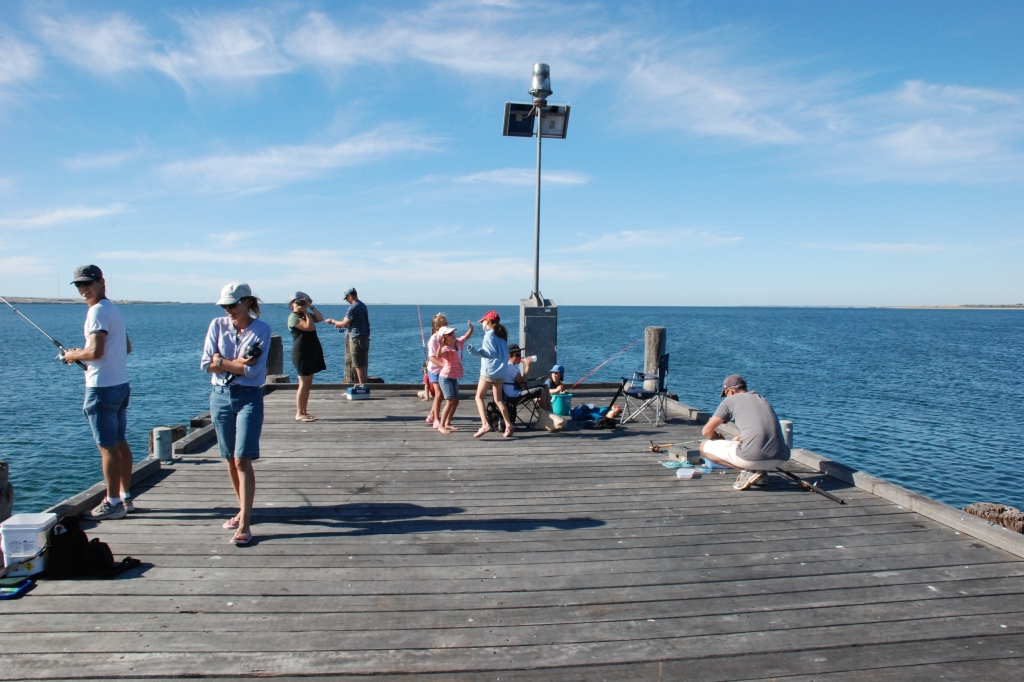 Wallaroo Jetty is also a favourite swimming and scuba diving destination, with tank refills and accessories available in the township. Large numbers of fish will welcome you as you glide between the pylons, which are encrusted with many different forms of marine life. Just make sure you watch out for the flying kids! 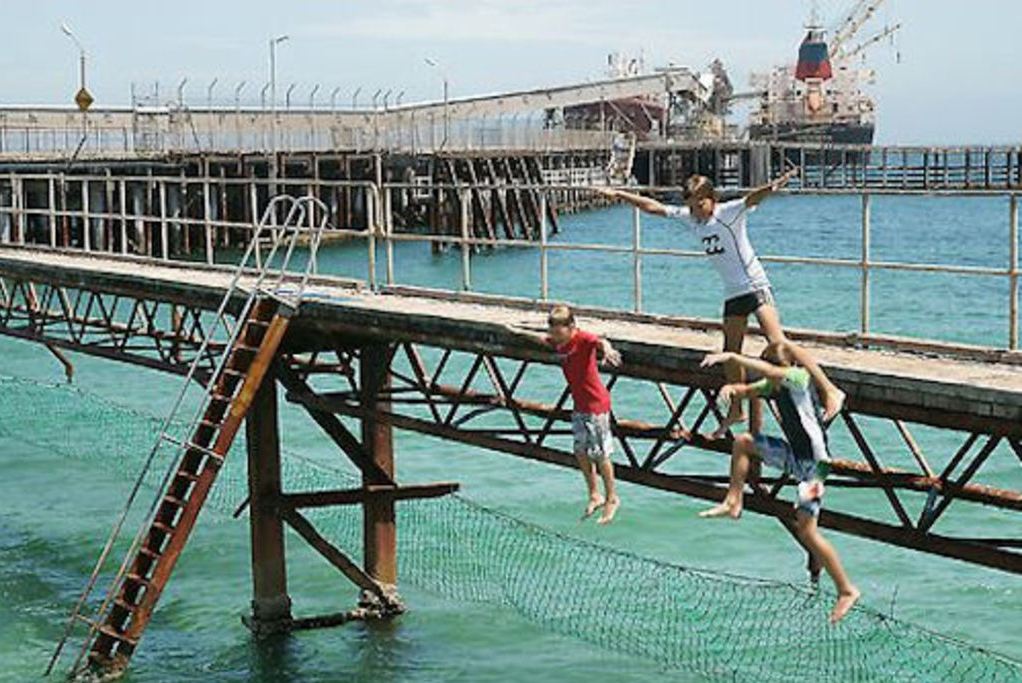 Wallaroo jetty jumping. Great for kids and kids at heart.

To learn more about swimming, beaches and diving in the area – click here